*Get 10% off on your first purchase*
Subscribe to get the exclusive code in your mail
No Thanks
Kesh King Ayurvedic Oil, Shampoo & Capsule 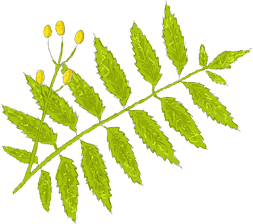 Hair plays a significant role within human society. A full head of hair connotes feelings of virility, youthfulness and health. Hair has not only been a symbolic indicator of gender, but of social, religious and professional status as well.

Hair has no vestige of vital functions in man, yet its physiological functions seem immeasurable. The inevitability of scalp baldness makes it reluctantly tolerable to the genetically disposed man; in women loss of hair from the scalp is not less distressing than growth of body or facial hair in excess of the culturally acceptable amount.

One of the cause of hair loss in both sexes is Khalitya Roga (Alopecia) described under the heading of Kshudra Roga in Ayurveda. This particular group includes the problems which are relatively less hazardous in the life of a person, or in other words, relatively easy to manage.

All the three Doshas Viz Vata., Pitta and Kapha along with Rakta are involved in the etiology of Khalitya Roga. Excessive use of the substances, which may vitiate Vata, Pitta, Kapha and Rakta, should be considered as common causative factors.

According to the classical Ayurvedic Literature, initially vitiated Vata and Pitta approach the romkupas (hair follicles) and uproot the hair followed by blocking of Romkupas (hair follicles) by Rakta and Kapha, thus preventing the growth of new hair. Vegbhata has defined Khalitya as gradual loss of hair from the scalp. The persons having "Kha Vaigunya" (Genetic Predisposition) are at a higher risk of developing Khalitya Roga. The conditions stated above simulate with Alopecia mainly caused by the nutritional deficiency, infection e.g. Bacterial, fungal or protozoal and male pattern of baldness i.e. with the influence of androgens.

Ayurveda believes in complete treatment. To get rid of any problem from its root, we need to correct the cause internally. The basic concept of Ayurveda to cure the disease is "Nidanam Parivarjanam". 'Nidan' is the cause/ root of disease and ‘Parivarjanam’ is to avoid.

Ayurvedic herbs of these formulations are listed and described as below:-